WIN International, the world’s leading association in market research and polling, has published the 2019 WIN World Survey (WWS) exploring the views and beliefs of 29368 people from 40 countries across the globe about climate change and global warming. 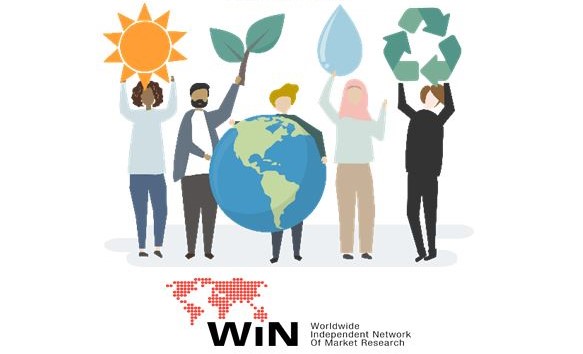 Results are consistent and very similar across all regions surveyed. Although all regions show the same level of awareness and concern among their citizens, APAC shows the most negative (54.9%) view about the future, in contrast with people from the Americas that are more positive (54.6%) and think there is still time to do something to reduce this environmental problem.

Students and people with higher educational levels are the ones that showed higher levels of concern but are the most optimistic and willing to change behaviors to contribute.

Although the high level of concern worldwide about climate change, there are some differences between countries when asking if it is a result of human activity. While agreement to the statement reaches 97.1% in Thailand, 94.8% in Ecuador and 93.2% in India, this differs from other countries like Pakistan (59.8%), whose citizens feel less responsible. It is also interesting to note that the US ranks low (among the last three countries): only 72.4% of its citizens consider that human activity affects the environment, differing from the population of other countries.

“Population in all countries are aware of climate change and worried about global warming but they are negative about the possibilities of curtailing this problem. Citizens might need guidance and information on how they can contribute.”